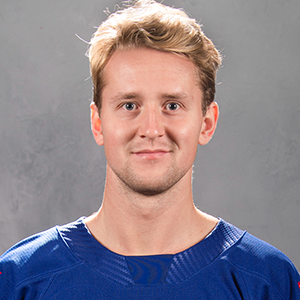 2018-19: Finished third in scoring on the team with eight goals and 25 points in 27 contests as a sophomore with Wisconsin ... Named to the All-Big Ten Academic Team

2017-18: Played in 34 games for the Badgers, tallying 10 goals and 16 assists ... His 26 points led all rookies and ranked third on the team overall ...  Registered 11 power-play points, the third-most overall ... Named to the All-Big Ten Freshman Team and was the co-recipient of the team’s Mark Johnson Rookie of the Year award

2015-16: In his second season with the Vastra Frolunda (Swe-Jr), topped all skaters with a personal-best 31 assists and 48 points while his 17 goals ranked second in 44 contests ... Also appeared in one game with Frolunda HC (SweHL)

2014-15: Scored two goals and four assists for six points in 16 games as a rookie with Vastra

INTERNATIONAL: Recorded two assists in seven games for Team Sweden as the Swedes claimed the silver medal at the 2016 Hlinka Memorial Tournament ... Played for Team Sweden at the World Under-17 Hockey Challenge, where he won the bronze medal in 2015