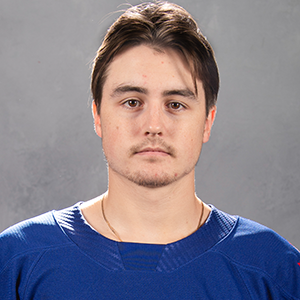 2021-22: Completed a four-year career in the WHL with the Portland Winterhawks, totalling 48 goals, 61 assists for 109 points in 152 games ... Tallied a pair of goals and three assists in 10 playoff games ... Established career-highs in games played (66), goals (32), assists (37) and points (69) with Portland while also topping the team with seven game-winning goals during his final season with the team ... Recorded at least one shot on goal in all but two games ... Was named to the WHL Second All-Star Team while serving as team captain

2020-21: Tallied three goals and eight assists for 11 points in 18 contests with the Winterhawks while also recording one assist on a loan with the Dauphin Kings (MJHL) ... Registered at least one shot on goal in all but three games with Portland ... Logged the primary assist in the first period during his MJHL debut on 11/01 against OCN