The American Hockey League announced today that Rochester Americans forward Jack Quinn has been voted the winner of the Dudley (Red) Garrett Memorial Award as the AHL’s outstanding rookie for the 2021-22 season.

The award was voted on by coaches, players and members of the media in each of the league’s 31 cities.

After his 2020-21 season was cut short by injury, Quinn emerged as one of the top young prospects in the AHL in 2021-22. In 44 games with Rochester, Quinn has registered 25 goals and 34 assists, ranking first among rookies and third in the league overall averaging 1.34 points per game while not going more than two consecutive games without a point all season. He earned AHL Rookie of the Month honors in October, and has compiled 18 multiple-point games, including a four-goal performance on Jan. 15 vs. Belleville.

Selected eighth overall in the 2020 NHL Draft, Quinn has scored 10 power-play goals, a shorthanded marker and six game-winners on the season for the Amerks. The 20-year-old native of Ottawa, Ont., made his NHL debut in January and recorded a goal and an assist in two games with Buffalo.

This award, which was first presented by the AHL in 1947, honors the late Dudley (Red) Garrett, a promising young player who lost his life during World War II while serving in the Royal Canadian Navy. Garrett split his only pro season, 1942-43, between the AHL’s Providence Reds and the NHL’s New York Rangers. Quinn is the seventh member of the Amerks ever to win the Red Garrett Award, joining Bill Hicke (1959), Mike Walton (1966), Ron Ward (1969), Claude Verret (1984), Donald Audette (1990) and Mika Noronen (2000). 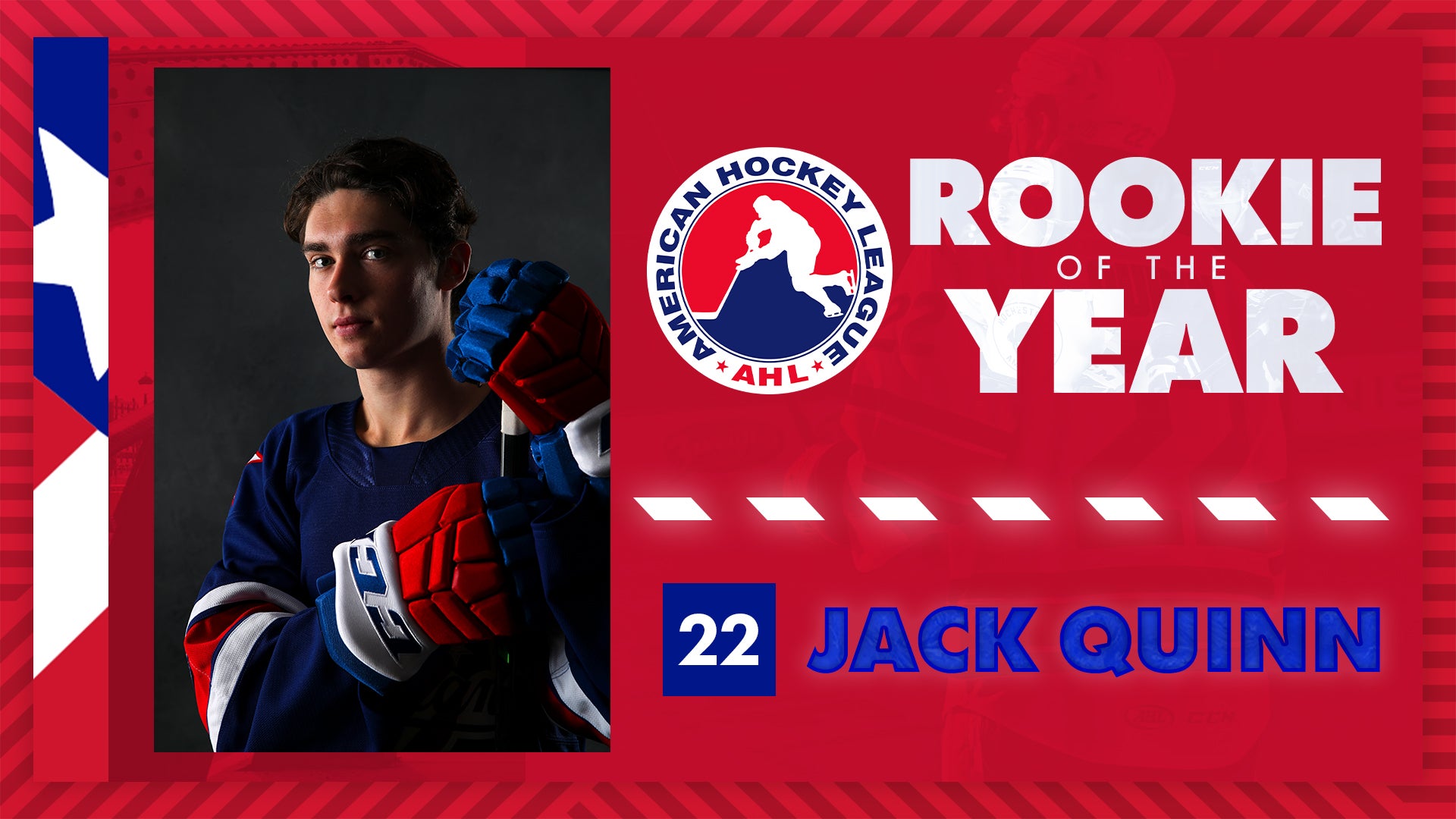 We asked the squad for one word to describe Jack Quinn, and we loved their answers.

But how about we describe him in four?

ROOKIE OF THE YEAR 🌟 pic.twitter.com/p7BtArVuGi