After being drafted by the Buffalo Sabres in the third round (89th overall) of the 2017 NHL Draft, the 2020-21 season marked defenseman Oskari Laaksonen’s first year in the pros in North America. Laaksonen came into the shortened American Hockey League season ready to go, as prior to joining Rochester, the Tampere, Finland, native began the 2020-21 campaign with Pelicans of SM-liiga, where he notched 12 points (4+8) in 20 contests.

When in the Flower City, the Amerks rookie netted his first pro goal, was named to the AHL’s North Division All-Star Team and more.

Here’s a closer look at Laaksonen’s top three moments from his first season with the Amerks.

1.    GETTING THAT FIRST NORTH AMERICAN GOAL

After a couple of tries on getting that first North American marker, Laaksonen finally had his chance to celebrate in a tight contest against the Syracuse Crunch at The Blue Cross Arena on Friday, March 26.

Facing a 3-1 deficit late in the second period, Rochester drew a hooking infraction with 3:11 left in the frame.

Forward Brandon Biro won the initial face-off to the right of the Crunch net, and after receiving a drop-pass from forward Remi Elie, Laaksonen fired in a shot through traffic and in-behind Crunch goaltender Samuel Montembeault for his first of two goals during the 2020-21 season.

As voted on by the off-ice officials, Laaksonen received this year’s Fairand/O’Neil Sportsman award for the Amerks. 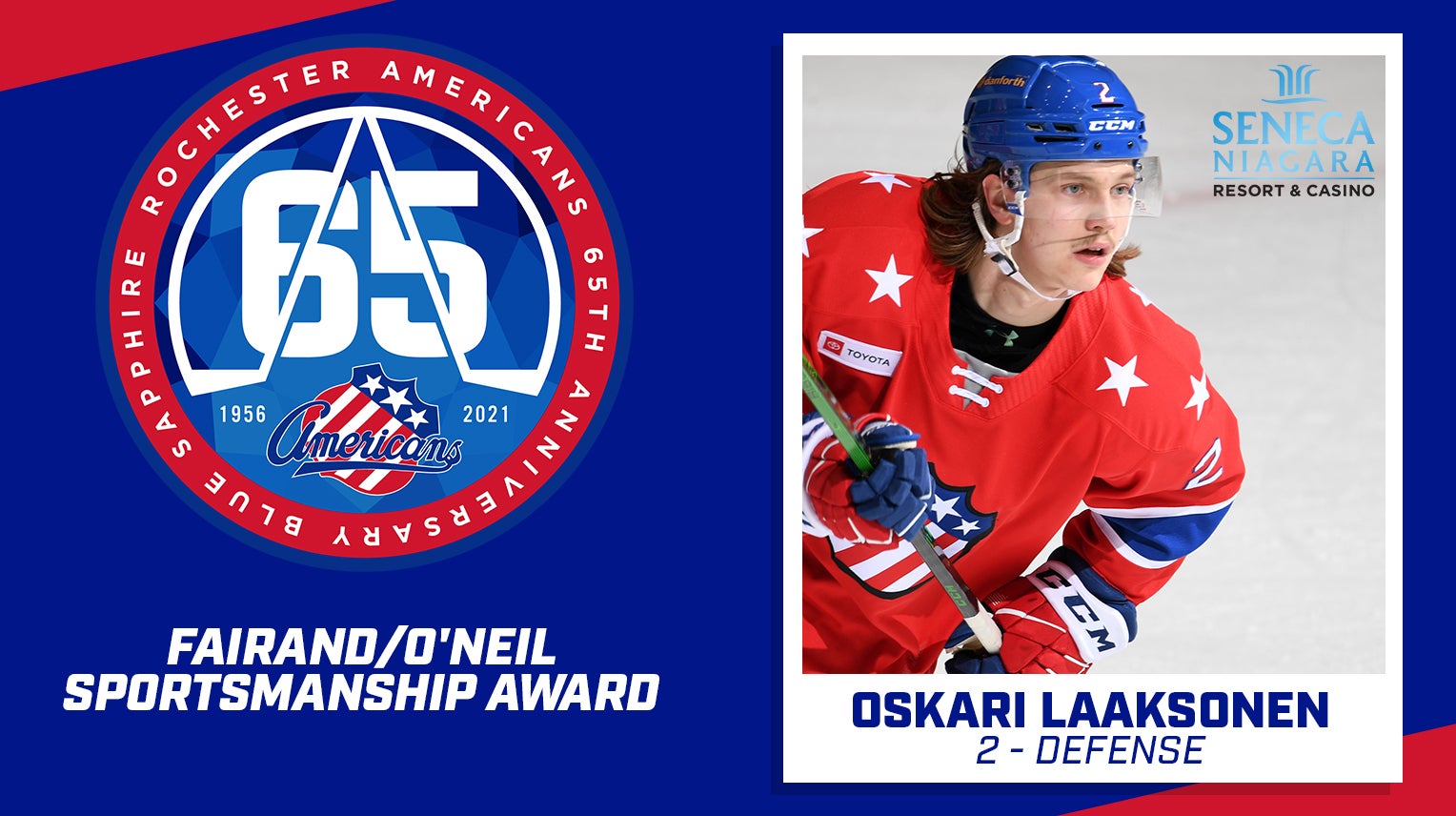 In addition to leading all Amerk skaters and ranking fourth among all AHL rookie defensemen with 15 assists, Laaksonen demonstrated the upmost sportsmanship and dedication to the organization.

The American Hockey League recently announced that Laaksonen was named to the 2020-21 AHL North Division All-Star Team. For this season, an All-Star Team was selected for each of the league’s five divisions.

Undoubtedly, Laaksonen took his first season in North America by storm, as he scored two goals and ranked second in the AHL among all first-year blueliners with eight power-play assists while his 17 points were fourth-most. 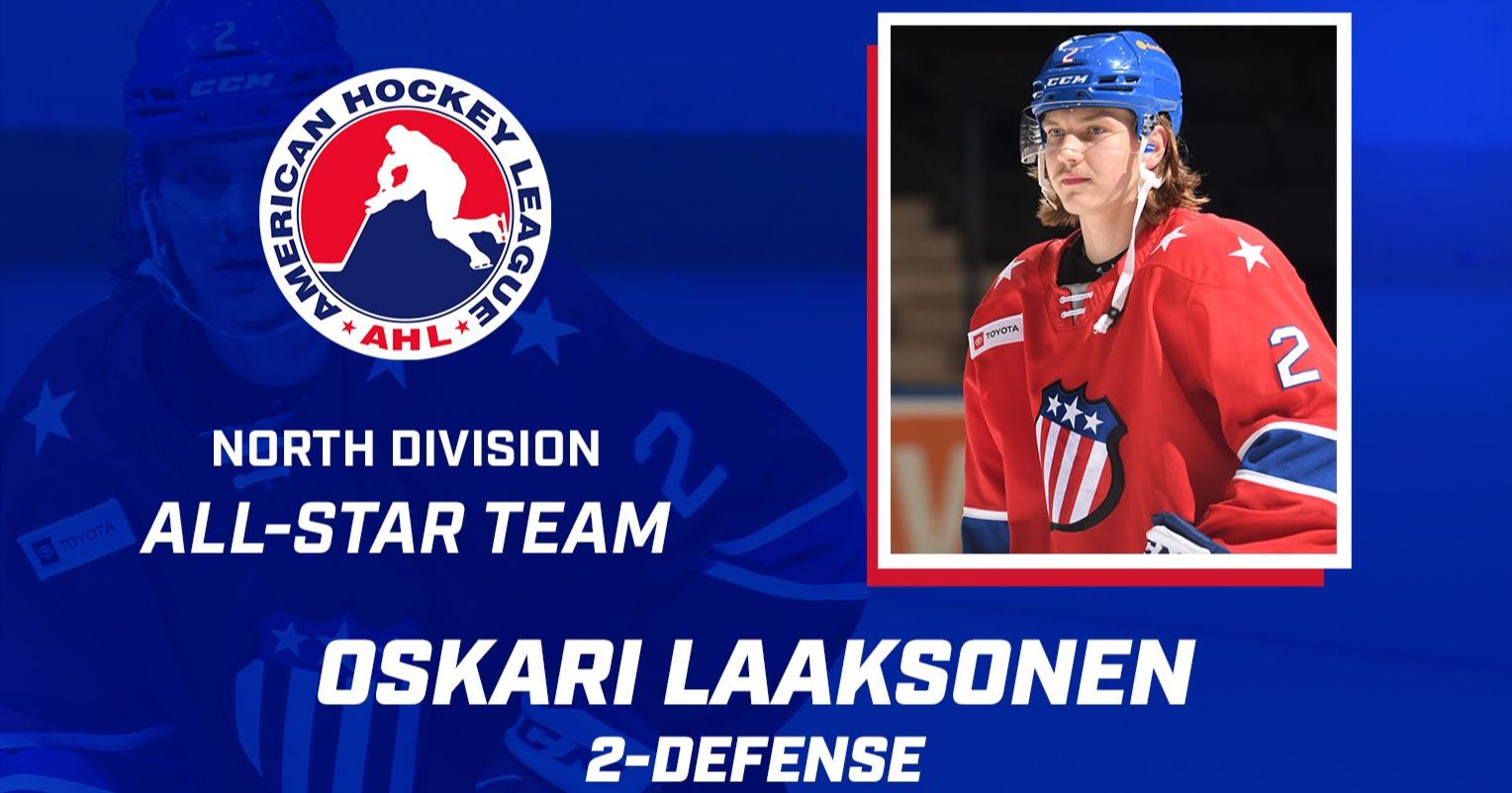 Laaksonen opened the season with five assists through his first four games, including a season-high three-assist effort against Syracuse on Feb. 10.