Goaltender Ryan Miller announced his retirement today at the conclusion of the 2020-21 season, closing the books on an illustrious 18-year professional playing career that included parts of four seasons with the Rochester Americans. Miller will retire as the all-time leader among U.S.-born goaltenders in wins (current numbers) with 390, second in shutouts (44) and games played (794).

Throughout his career, Miller is the only player in hockey history to be named the top goaltender in the NCAA, American Hockey League, Winter Olympics and the NHL.

Miller won the 2010 Vezina Trophy as the NHL’s top goaltender, was named the Most Valuable Player and Best Goaltender in the 2010 Olympics, the 2005 American Hockey League’s (AHL) Baz Bastien Memorial Award as the AHL’s best goaltender, and the 2001 Hobey Baker Award as the NCAA’s top collegiate player. He was also named the NCAA’s best goaltender in 2001 and 2002 and holds the NCAA record with 26 shutouts. 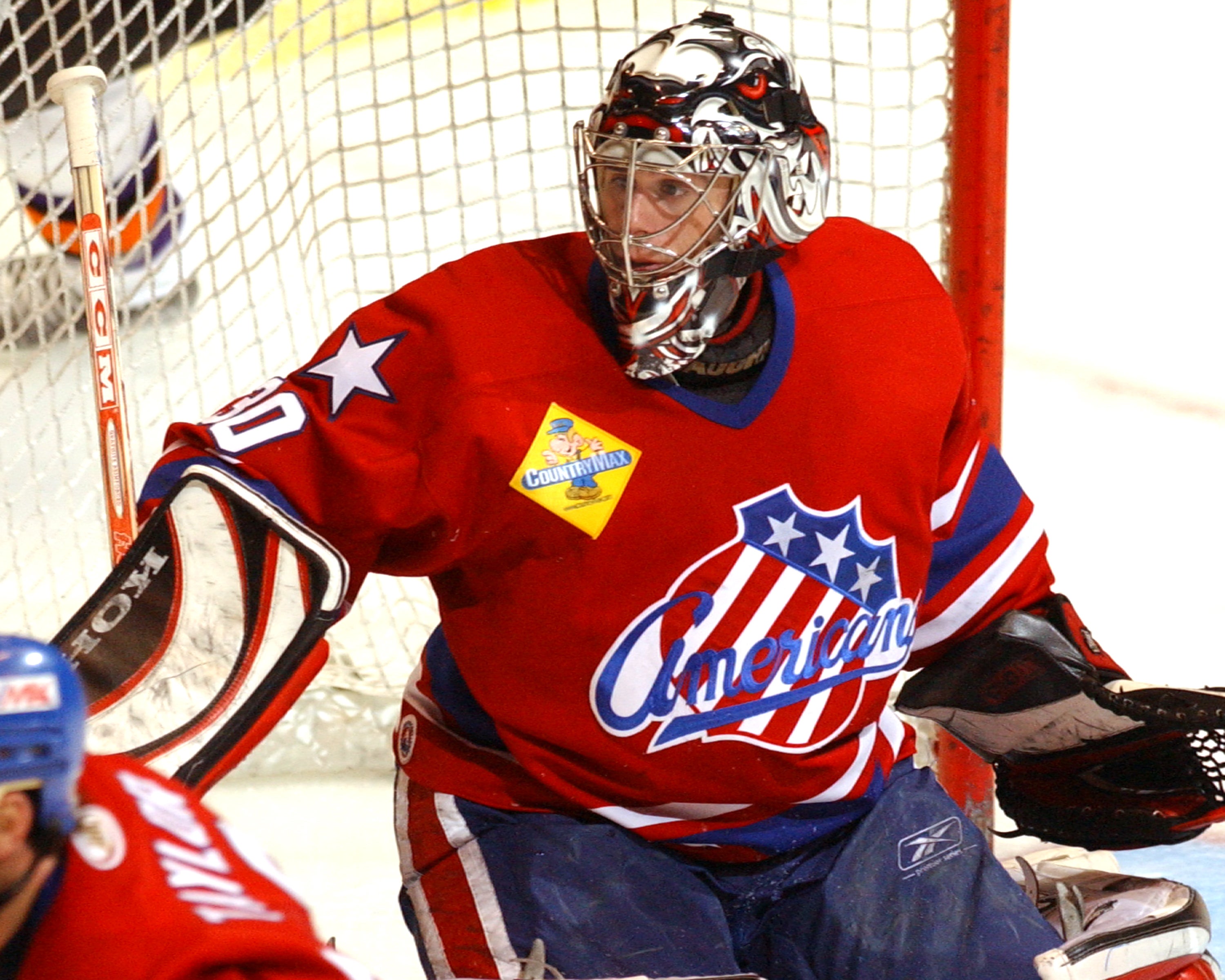 One of the most decorated goaltenders in franchise history, Miller joined the Amerks for the 2002-03 season following three seasons as a standout at Michigan State University, where he was a three-time CCHA Goaltender of the Year and won the Hobey Baker Award as the top collegiate player in 2001 after leading the nation in wins, winning percentage, save percentage (.950), goal-against average and 10 shutouts. He also a two-time First Team All-American and was named the 2001 Big 10 Men’s Athlete of the Year and USA College Hockey Player of the Year. Miller, who set an NCAA record with 26 shutouts, became just the second goaltender ever to win the prestigious award following Robb Stauber, another former Amerks goaltender. In 106 career games with the Spartans, Miller posted a 73-19-12 record with a 1.64 goals-against average and a .941 save percentage. He was inducted into the Michigan State Hall of Fame in 2013-14.

In 172 career games with the Amerks, the two-time AHL All-Star selection posted a 92-61-16 record with a 2.34 goals-against average and a .922 save percentage and 15 shutouts, tied for second-most in franchise history behind only Amerks Hall of Famer Bobby Perreault. His goals-against average remains the 10th-best all-time in team history.

A native of East Lansing, Michigan, Miller reached the 20-win mark and led Rochester to the postseason in each of his first three seasons with the Amerks, boasting a 13-13 record with a 2.37 goals-against average, .916 save percentage and two shutouts in 26 playoff contests. He also saw time in 18 contests with the Buffalo Sabres, the team that selected him in the fifth round (138th overall) in the 1999 NHL Draft, including 15 during his rookie season.

His best season as an Amerk came during the 2004-05 campaign when he backstopped the Amerks to an AHL-best 51-19-4-6 record, helping Rochester claim the Macgregor Kilpatrick Trophy as regular-season champions, earning him his second straight AHL All-Star selection. He was also named the recipient of the Aldege “Baz” Bastien Memorial Award as the top AHL’s top goaltender and Amerks MVP. 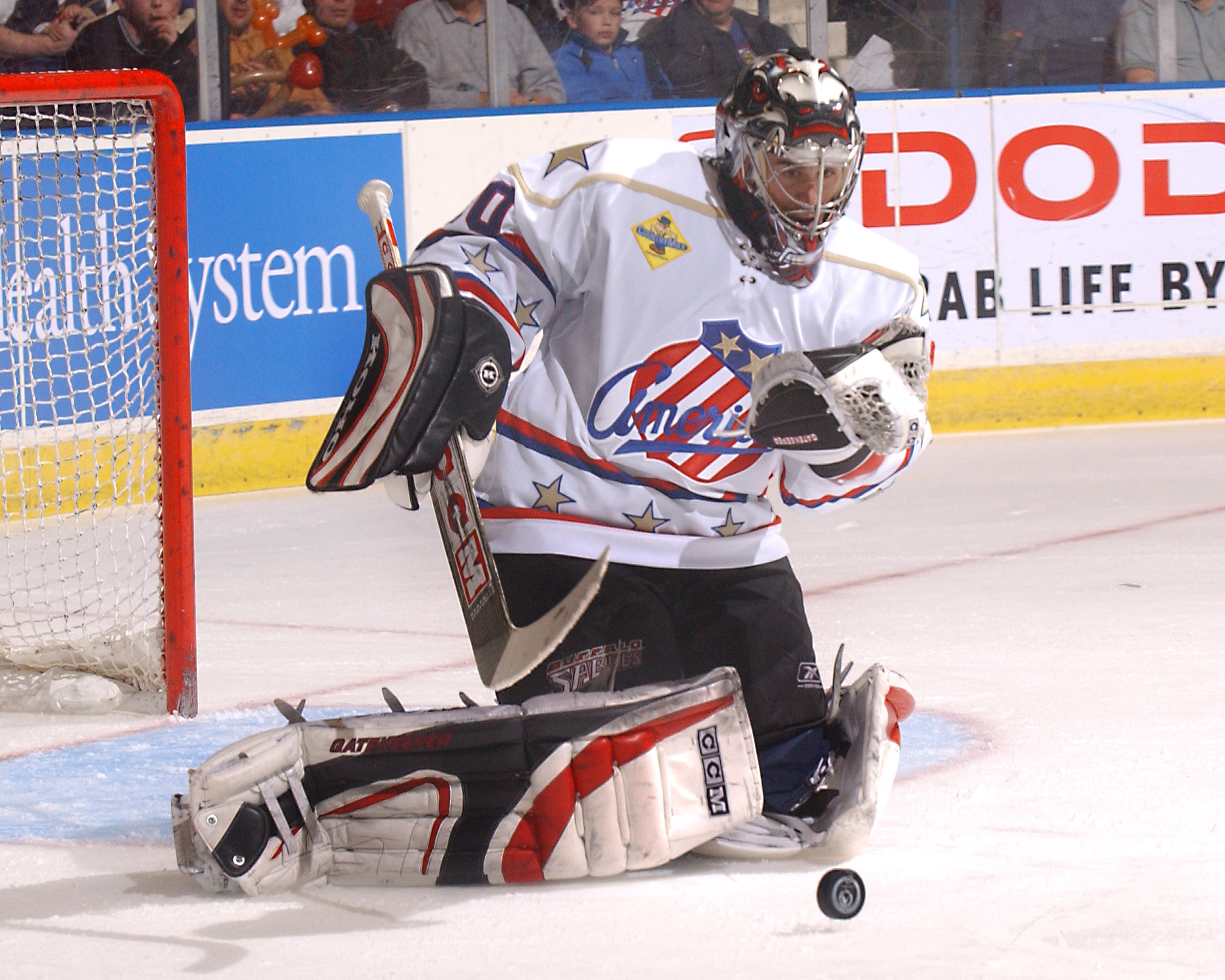 That same season he would also go on to set the single-season franchise record for must shutouts in a season with 8 while posting a 41-17-4 record to go along with a 2.45 goals-against average and a .922 save percentage. Miller came just seven wins shy of tying Gerry Cheevers’ mark for wins in a season with 48. 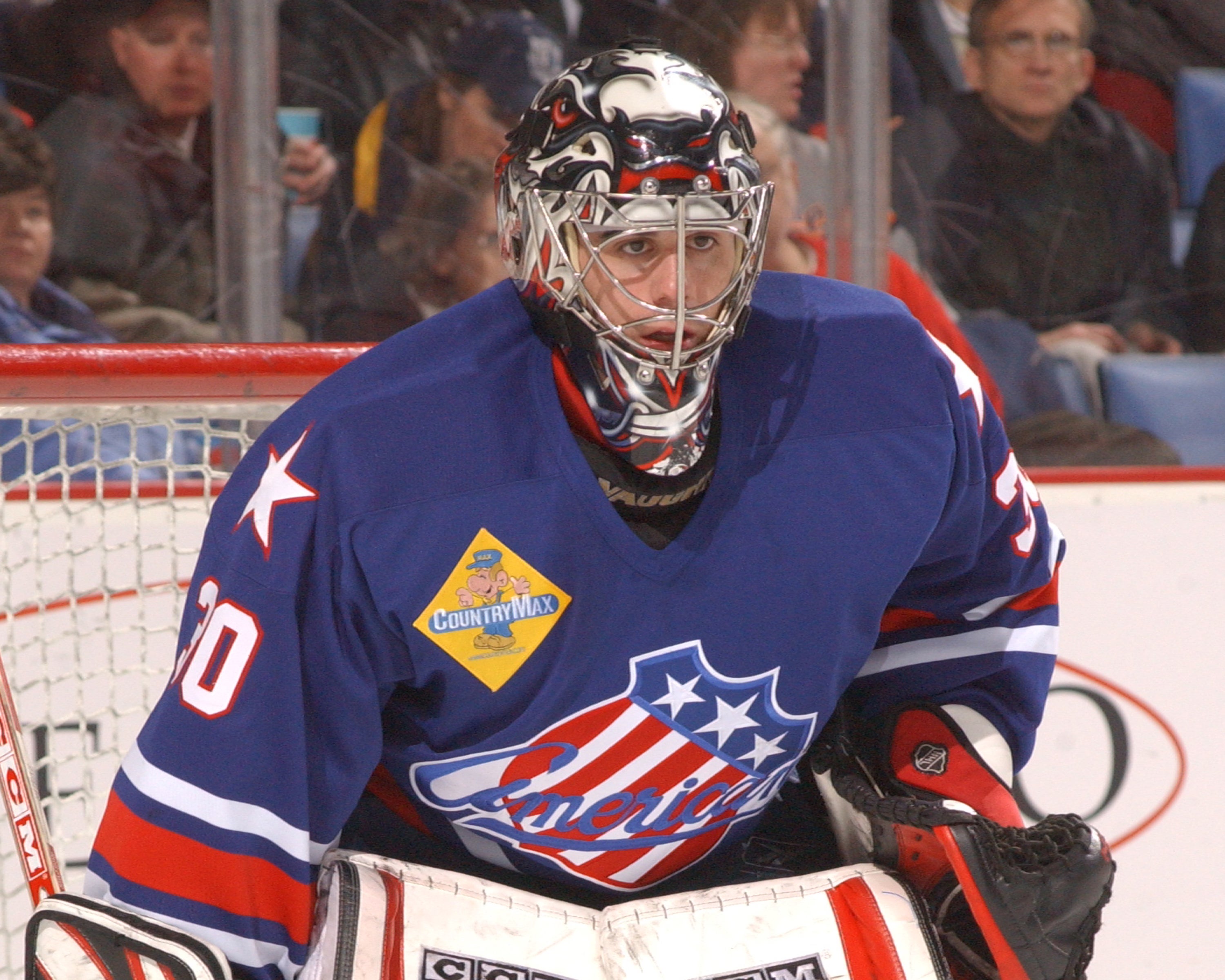