Warren, 25, returns to the organization after appearing in a career-high 51 games with the Amerks in last season. In addition to recording four goals and two assists in the regular season, Warren appeared in two Calder Cup Playoff contests during the Amerks’ run to the North Division Finals. 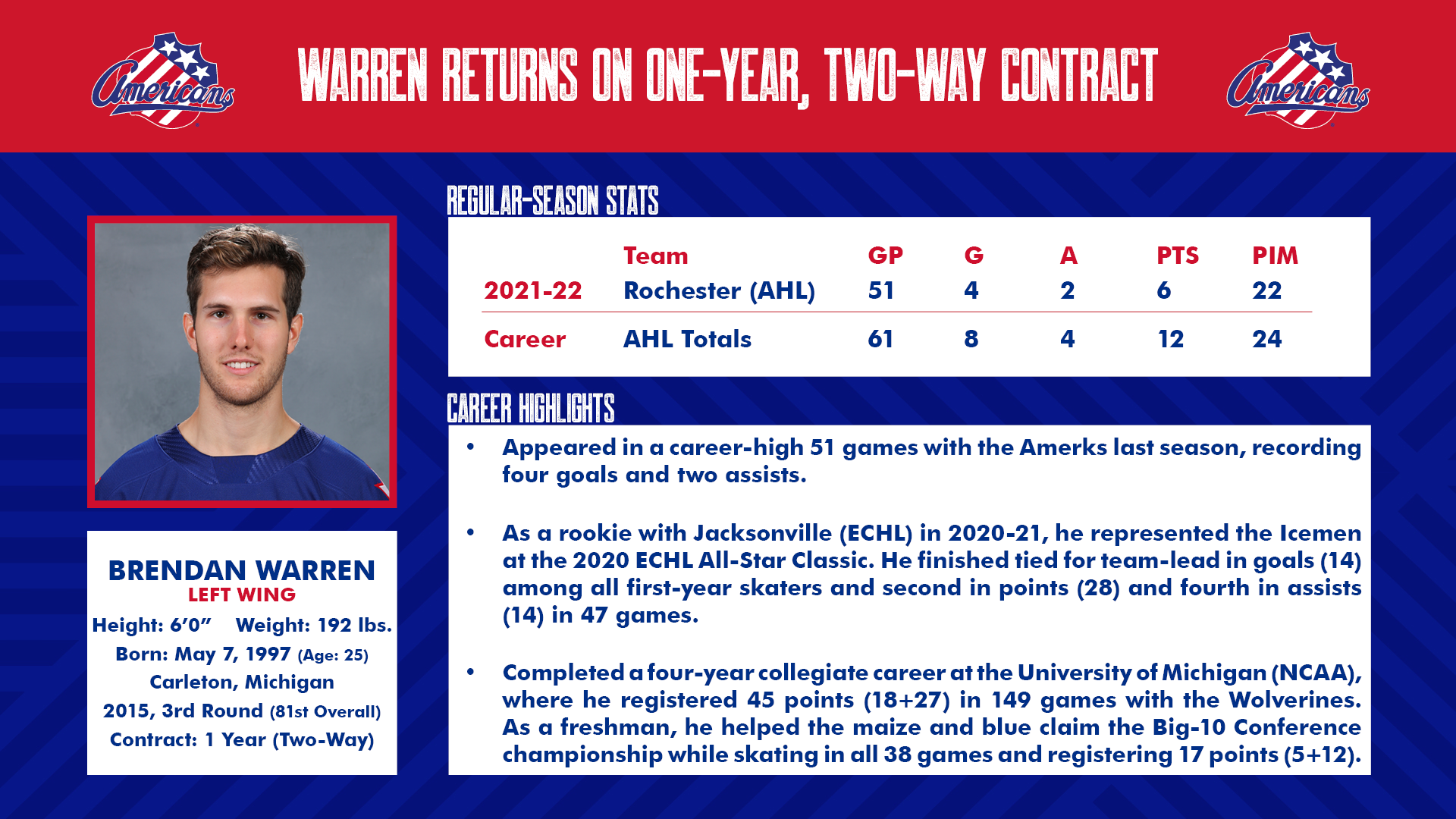 As a rookie with Jacksonville in 2020-21, Warren represented the Icemen at the 2020 ECHL All-Star Classic. He finished tied for team-lead in goals (14) among all first-year skaters and second in points (28) and fourth in assists (14) in 47 games.

Prior to turning pro, the Carleton, Mich., native completed a four-year collegiate career at the University of Michigan (NCAA), where he registered 45 points (18+27) in 149 games with the Wolverines from 2015-2019. As a freshman, Warren helped the maize and blue claim the Big-10 Conference championship while skating in all 38 games and registering 17 points (5+12).

Warren was originally drafted in third round (81st overall) by the Arizona Coyotes in the 2015 NHL Draft.