The Buffalo Sabres announced today that the team has signed defenseman Casey Fitzgerald to a two-year contract.

Fitzgerald, 24, returns for his third full season with the organization after appearing in 51 career games with the Rochester Americans (AHL) since the start of the 2018-19 season. In parts of three seasons with Rochester, Fitzgerald, a third-round pick (86th overall) of the Sabres in the 2016 NHL Draft, has totaled 22 points on five goals and 17 assists.

Last season, he tied for second among all Amerks defensemen in goals (2) and third in points (11) in 22 games. In addition to earning his first-career recall to Buffalo’s taxi squad in 2020-21, Fitzgerald was voted as winner of the Rob Zabelny Award as the team’s Unsung Hero. 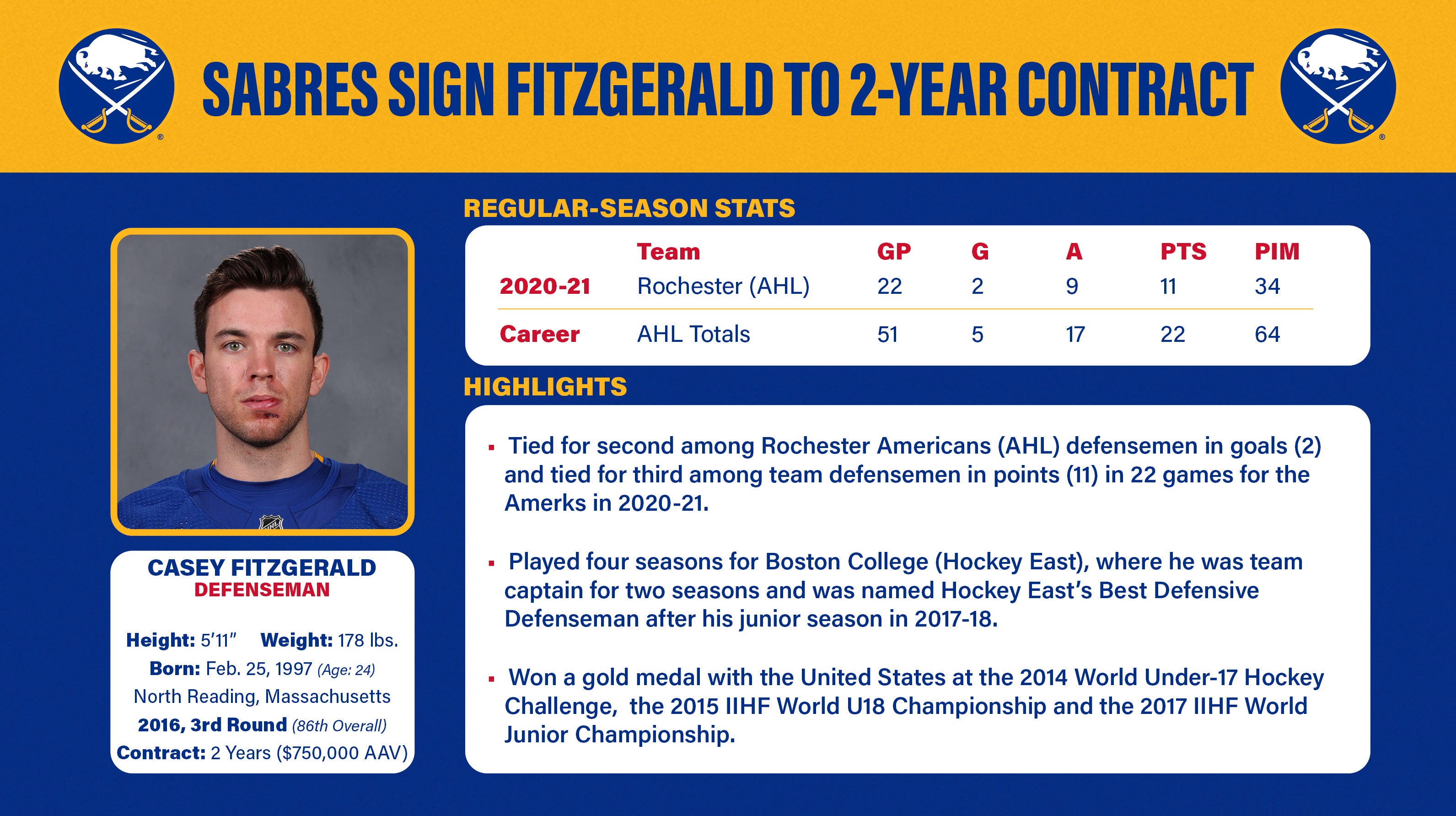 Prior to turning pro, the 5-foot-11, 178-pound defenseman played four seasons at Boston College (Hockey East) from 2015-2019, recording 82 points (17+65) in 151 career games with the Eagles. Fitzgerald, a two-time team captain, earned several Hockey East accolades, highlighted by his Best Defensive Defenseman and Second All-Star Team honors as a junior in 2017-18. As a senior, he was selected as a Hockey East All-Star Honorable Mention.

Fitzgerald, a native of North Reading, Massachusetts, also won a gold medal with the United States at the 2014 World Under-17 Hockey Challenge, the 2015 IIHF World U18 Championship and the 2017 IIHF World Junior Championship.