The Buffalo Sabres announced today that the team has signed forward Sean Malone to a one-year contract for the 2022-23 season.

Malone, 27, returns to the organization after recording 20 goals and 37 points, both career-highs, in 39 games with the Rochester Americans during the 2021-22 campaign. The Buffalo native also notched seven points (2+5) in 10 Calder Cup Playoff contests during the Amerks’ run to the North Division Finals. 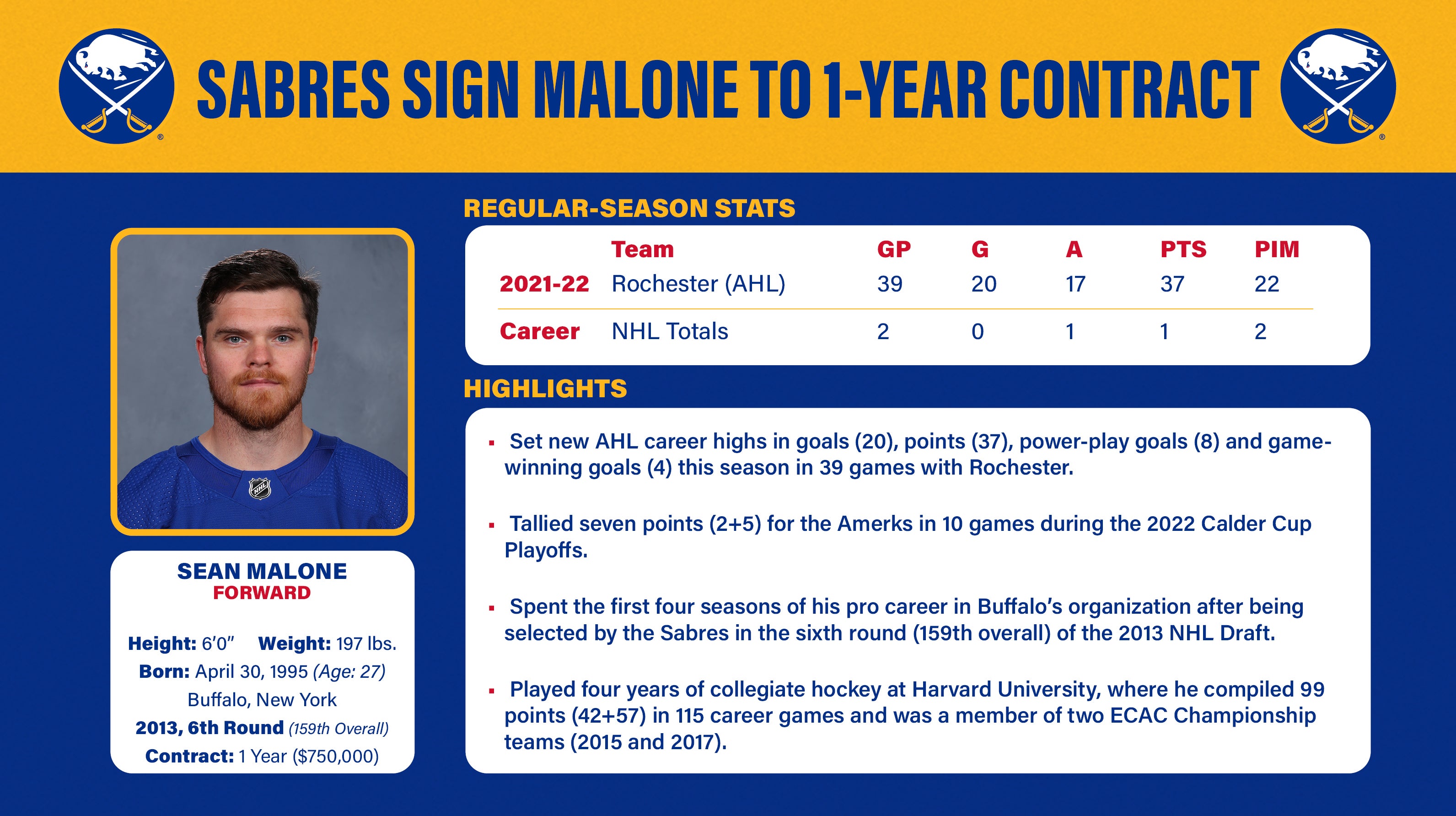 Malone spent the 2020-21 season with the Chicago Wolves, where he tallied 15 points (5+10) in 23 games, while also notching his first NHL point with an assist during a brief one-game stint for the Nashville Predators on Feb. 9. 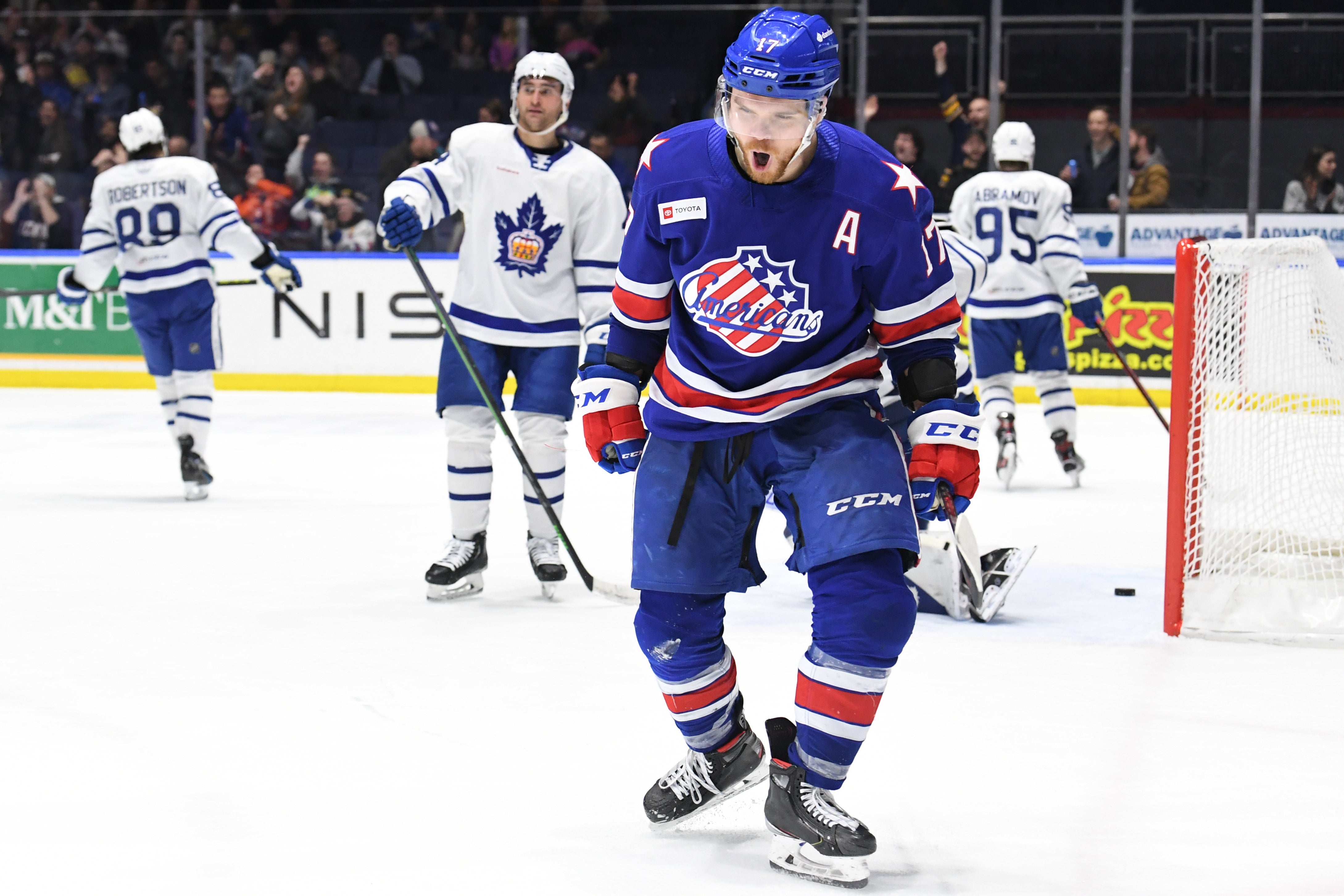 Malone, who made his NHL debut during the 2016-17 season for the Sabres, was originally drafted by Buffalo in the sixth round (159th overall) of the 2013 NHL Draft.

Prior to turning pro, Malone played four years at Harvard University (ECAC), where he produced 31 points (42+57) in 115 career games for the Crimson. As a senior, Malone finished third on the team with 42 points (18+24) and was named to the All-ECAC All-Tournament Team while helping the club earn an ECAC Championship.