The Rochester Jr. Americans, the area’s largest youth hockey organization, and Webster Youth Hockey are joining forces to expand opportunities for girls hockey in Rochester. Today the organizations announced plans to hold shared tryouts for the 2021-22 season for girls teams ages 12U and up.

The Jr. Amerks partnership with Webster Youth Hockey will establish a shared Tier I and Tier II girls hockey program. In the 2021-22 season, Tier I teams ages 12U and up will play as Jr. Amerks, and Tier II teams will play as Webster Cyclones. All girls, regardless of the team they play for, will follow the same player development program led by Jr. Amerks Hockey General Manager Francois Methot and Girls Hockey Director Stephen Gionta.

“This partnership is a tremendous opportunity for us to work together as a hockey community and grow the girls game in our region,” said Gionta. “We’re giving more girls the chance to compete for state and national titles and we’re giving more girls access to a player development program that will help them pursue their hockey dreams, whether that means playing for their travel team, high school, or advancing beyond youth hockey.”

The Jr. Amerks and Webster Youth Hockey will hold  joint tryouts for 12U girls teams on Tuesday, April 27, Wednesday, April 28 and Thursday, April 29. Tryouts for 14U girls teams and older are scheduled for Wednesday, May 5, Thursday, May 6 and Friday, May 7. All sessions will be held at Rochester Ice Center. Tier I and Tier II teams will be selected by a committee with members from both organizations to ensure every girl is placed on a team appropriate for her skill level and development path. 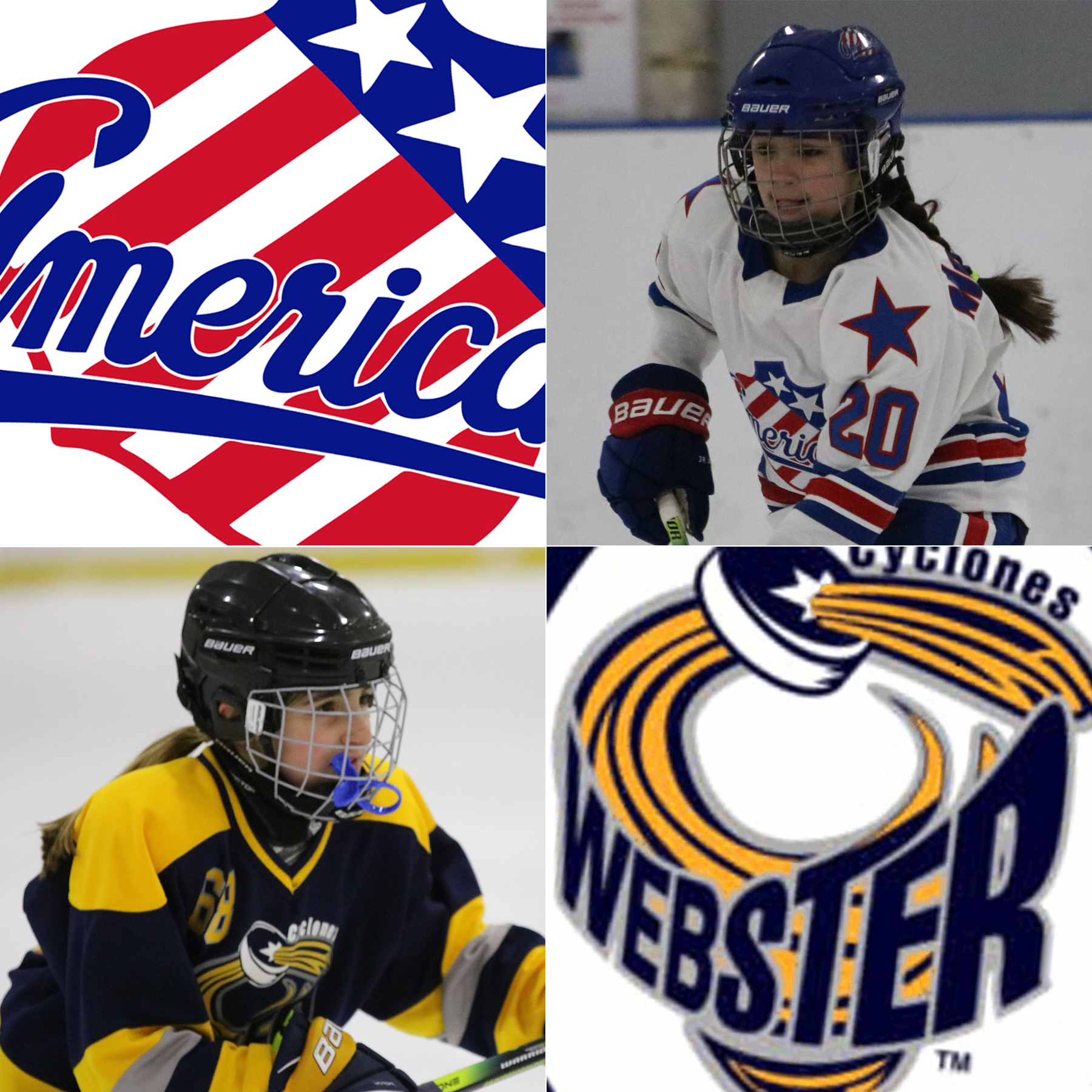 “We're giving our girls an opportunity to grow their love for the game, develop bonds with each other and strengthen their skills, all the while ensuring they can compete at the highest level they wish to play,” said Webster Youth Hockey Communications Director, Jamie Buss. “The partnership with the Jr. Amerks also lays the groundwork for a path toward a Section V high school girls' hockey program. Together, we're building a more equitable future for our girls and we couldn't be happier.”

According to USA Hockey, girls and women’s hockey is among the fastest growing youth sports in the United States. Last week the Jr. Amerks announced plans to expand its travel program in response to this rapid growth with the introduction of a Girls Program that will include Tier I travel teams for girls ages 10U and up. Today’s announcement is the latest addition to the Jr. Amerks Girls Program. Now the nearly 150 girls combined who play for the Jr. Amerks and Webster Youth Hockey will have the same opportunity to maximize their potential with access to elite training and topflight competition.

About the Rochester Jr. Americans
As a not-for-profit organization and the area’s largest youth hockey program, the Jr. Amerks are committed to bringing the game of hockey to Rochester-area youth ages 18 and under. We provide exceptional instruction and competitive opportunities for boys and girls at every age and skill level—not just creating great hockey players, but also great kids. We want to maximize the potential of every Jr. Amerk who steps on the ice.

About the Webster Youth Hockey Association
Webster Youth Hockey Association Inc. is a growing nonprofit organization established to provide an opportunity for kids in the greater Rochester area to participate in, and cultivate a love for, the game of hockey. WYHA is committed to the skill development of kids, ages 3-18, while promoting good sportsmanship, teamwork and personal integrity, all while enjoying the fun and challenge of the game.