The Rochester Americans are deeply saddened by the loss of Sam Toth, a franchise organizer and Amerks Hall of Famer. He was 95 years old. 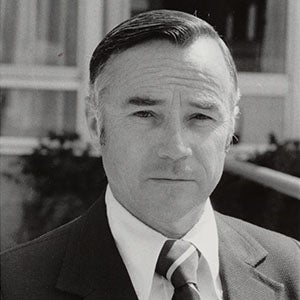 Inducted into the Amerks Hall of Fame in 1998, Toth, was one of the founding members of the organization in 1955, and he served in almost every capacity with the Amerks – owner, statesman, off-ice official and even a linesman during games. A Syracuse native, Toth was also instrumental in jumpstarting youth hockey in the Rochester area.

After the fall of the city’s first professional hockey team, the Rochester Cardinals, in 1935, Toth and fellow Rochesterian and Hall of Famer Ed House combined efforts with Frank Selke and Conn Smythe of the Montreal Canadiens and Toronto Maple Leafs to bring the Amerks to the Flower City. Rochester was then granted an AHL franchise, using the “Americans” as a pseudonym, following the cease of operations of the Pittsburgh Hornets, who remained dormant until the 1961-62 season when the league announced plans for expansion.

In 2011, thirteen years following his enshrinement into the prestigious Amerks Hall of Fame, Toth was inducted into Frontier Field’s Walk of Fame along with other iconic figures in Rochester sports history. The Walk of Fame is dedicated to those individuals whose endless contributions have shaped the landscape for Rochester’s local sports scene, making it what it is today.

Toth is survived by his eight children, 20 grandchildren and 36 great-grandchildren. The organization extends its heartfelt condolences to his friends and family during this difficult time.