The American Hockey League announced today that, in recognition of their efforts during the pandemic, head athletic trainers from all 31 member clubs have been selected as the winners of the Yanick Dupre Memorial Award for the 2020-21 season.

Presented annually since 1998, this award traditionally acknowledges a player as the IOA/American Specialty AHL Man of the Year for his outstanding contributions to his local community. However, in 2020-21, the league is pleased to recognize the athletic training staffs from all 31 organizations. 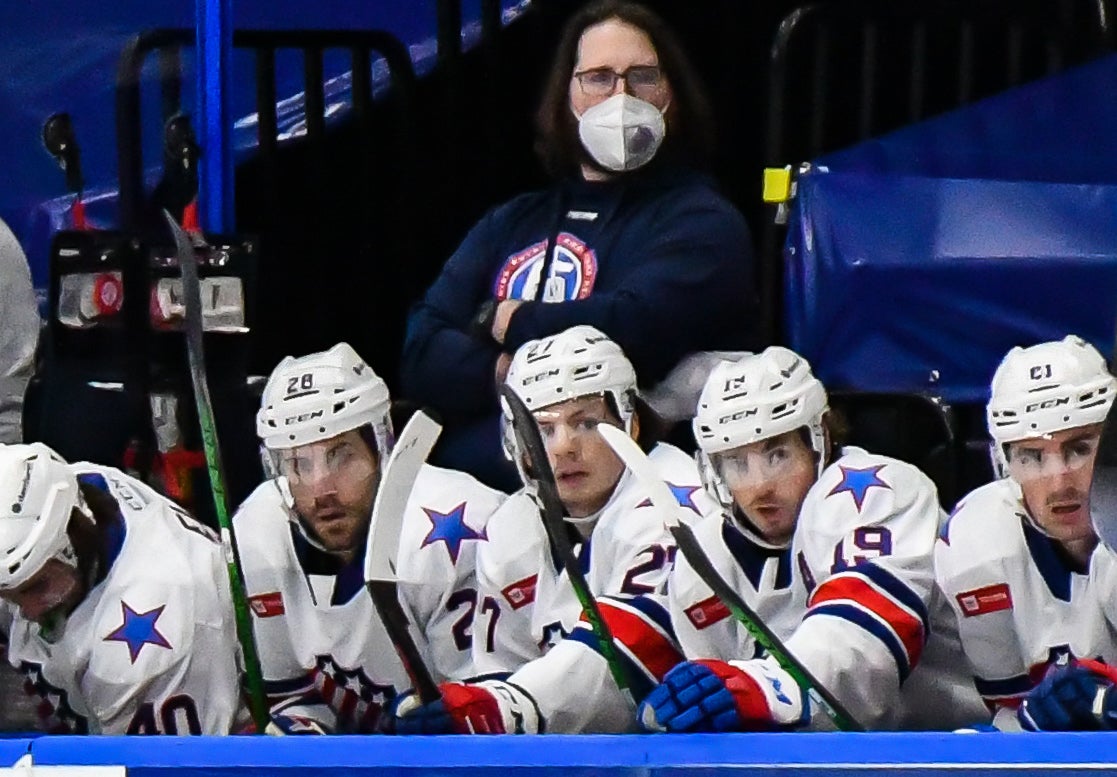 Rochester Americans head athletic trainer Michael Dhesse recently completed his second season with the Amerks in 2020-21. In addition to his normal day-to-day responsibilities of overseeing the general health and wellness of the Amerks players – including the prevention, treatment and rehabilitation of injuries – he took on the additional duties of testing, monitoring and administering the AHL’s COVID-19 health and safety protocols as the team’s primary COVID-19 officer, allowing the organization and league to operate in a safe and effective manner during the pandemic.

Dhesse joined the Amerks after spending five years as the assistant athletic trainer at the University of Alaska Anchorage (NCAA), where he was the primary athletic trainer for hockey with the Seawolves. He was also the medical coordinator for the Anchorage Mayor’s Marathon & Half Marathon, the largest marathon in the state of Alaska.

While in Alaska, he was active in the Alaska Athletic Trainers’ Association, serving as their public relations chairman and sitting on the Governmental Affairs Committee.

A native of Peru, Illinois, Dhesse earned his Bachelor of Science degree in athletic training at Northern Illinois University (NCAA). While with the Huskies, he was an athletic training student covering football for two and a half years, which included a Mid-American Conference Championship game and the Orange Bowl and Poinsettia Bowl.

In addition to his athletic training duties, Dhesse conducted research for the creation and implementation of emergency action plans in the secondary school setting on a national level and was awarded first place at the Great Lakes Athletic Trainers’ Association meeting in 2014.

In his final semester of school, Dhesse interned with the University of Washington’s football team, and prior to leaving NIU, was awarded the American Kinesiology Award.

The AHL also acknowledges the assistant athletic trainers, equipment managers and staffs, and team doctors and medical staffs whose tireless efforts contributed to a successful year.

This year’s winners of the Yanick Dupre Memorial Award are:

The AHL’s annual Man of the Year award is named after the late Yanick Dupre, who passed away in 1997 at the age of 24 following a 16-month battle with leukemia. A second-round draft pick of the Philadelphia Flyers in 1991, Dupre played four seasons in the AHL with the Hershey Bears and was an AHL All-Star in 1995.