AMERKS DOUBLED UP BY CRUNCH IN PRESEASON OPENER

A pair of third-period power-play goals and 43 shots were not enough for the Rochester Americans (0-1-0-0), whose late game push came up just short in a 4-2 loss to the Syracuse Crunch (2-0-0-0) in the preseason opener Saturday night at Upstate Medical University Arena.

Rochester scored twice in the third frame on the strength of power-goals from Kohen Olischefski (1+0) and Matt Berry (1+0). Brendan Warren (0+1), Patrick Polino (0+1), Mason Jobst (0+1) and Filip Cederqvist (0+1) all added assists on the night.

Michael Houser and Beck Warm split the goaltending duties in the contest. Houser, who earned the start in-between the pipes, made 19 saves before Warm stopped 11 of the 13 shots he faced in just over 27 minutes of relief effort.

Syracuse, which opened its exhibition schedule Friday, was paced offensively by forwards Alex Barre-Boulet (1+2), Felix Robert (1+2) and Gabriel Dumont (1+1). Jayden Dureau opened the scoring as he lit the lamp in the opening frame while veteran netminder Max Lagace made his preseason debut. The 29-year-old goaltender stopped 41 of the 43 shots he faced.

After each team was unsuccessful on their first power-plays of the contest, Syracuse broke the deadlock as Dumont exchanged a give-and-go with Trevor Carrick to enter the Rochester blueline.

As Carrick reached the top of the circle to Houser’s left, he quickly dished a pass for Dureau, who skated through the backdoor. As the puck reached Dureau’s stick, the winger snapped a shot past the Amerks netminder at the 15:26 mark of the opening period. The Amerks trailed 1-0 going into the break despite holding a 19-12 shot-advantage.

In the middle stanza, both teams took three separate penalties but neither club’s power-play units could convert on the opportunity, keeping the tilt a one-goal affair going into the third period.

On a delayed penalty near the 12-minute mark of the final frame, Rochester appeared to even the score at 1-1, however the goal was waved off as it was knocked in with an Amerk glove. 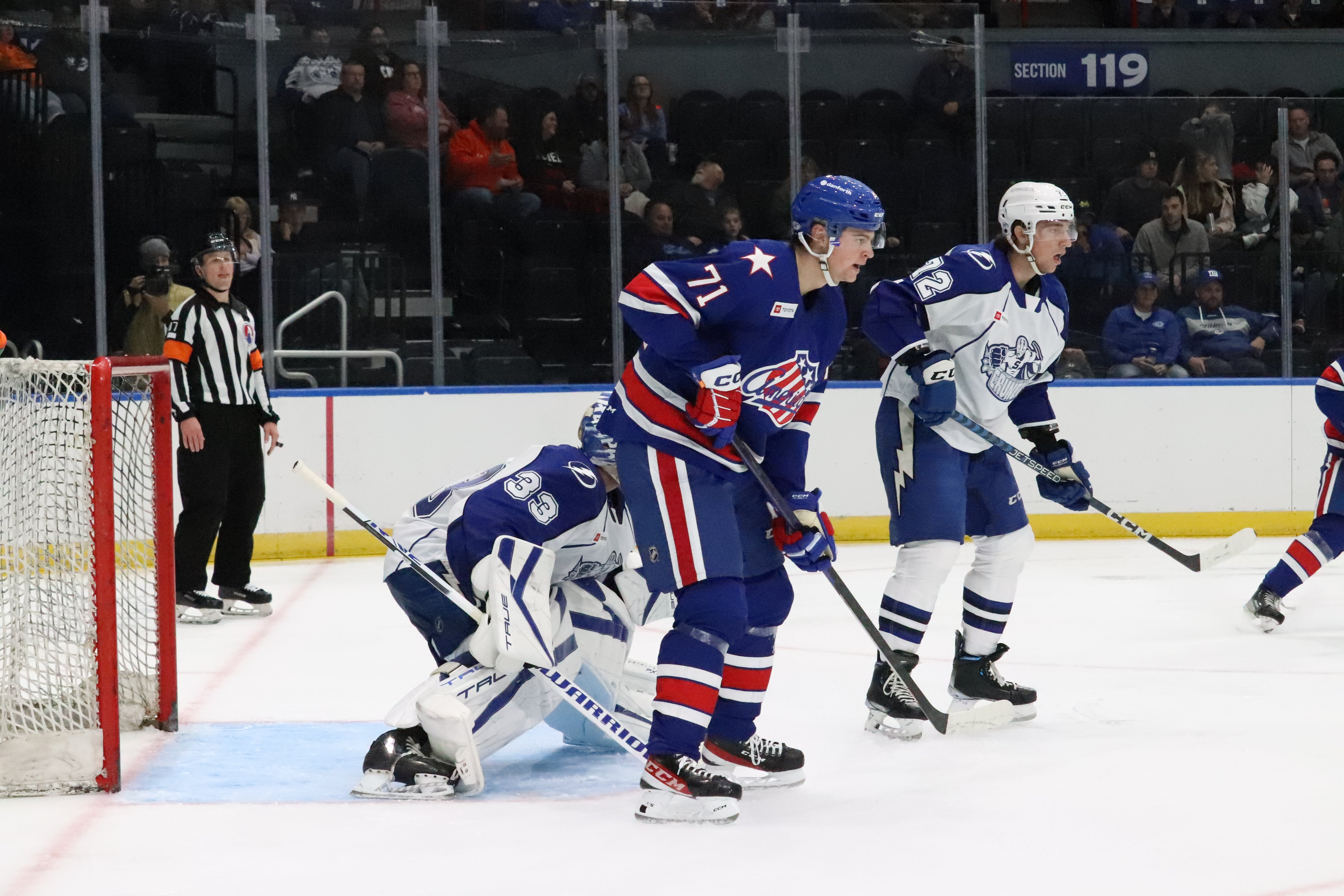 On the ensuing face-off, Jobst won the draw to the left of Lagace back to Oskari Laaksonen at the left point. The Finnish blueliner traded passes with Jobst and Cederqvist before Olischefski tied the game as he fired a shot from inside the left face-off dot.

The score did not stay even at one goal apiece for long as the veteran duo of Barre-Boulet and Dumont each found the back of the net 18 seconds apart, restoring the 3-1 Crunch lead.

As the contest was dwindling to its end, Rochester drew its sixth power-play of the contest with just over three minutes to play. 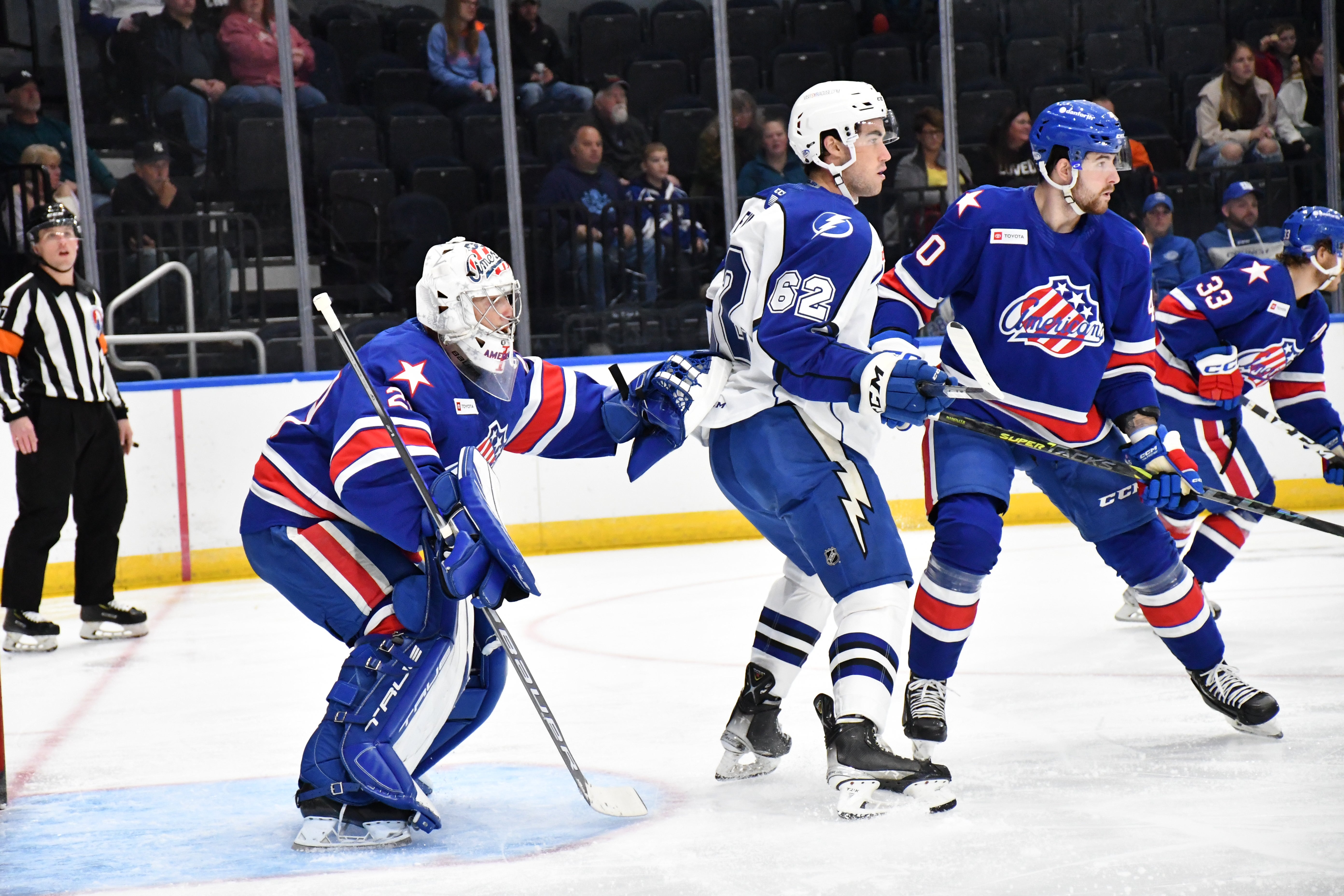 Warm was pulled for an extra-attacker, and with the two additional skaters, Warren and Polino each provided a pass to Berry. As the forward stepped into the slot from the wall, he quickly fired a shot past a screened Lagace to bring the Amerks within one.

After cutting the deficit in half and making it a 3-2 score with 93 seconds left in regulation, Warm again was summoned to bench for an additional skater. Rochester, however, could not find the equalizer as Robert slipped the puck into the vacant net prior to the final buzzer to seal the 4-2 win for Syracuse.

The Amerks return home on Sunday, Oct. 9 to host the Utica Comets in the final tune-up at 5:00 p.m. at The Blue Cross Arena.

Rochester opens its 67th American Hockey League season – and 41st as the primary affiliate of the Buffalo Sabres – against the Toronto Marlies on Friday, Oct. 14 at The Blue Cross Arena. Amerks Season Ticket Memberships for the 2022-23 season are on sale now. Season Ticket Memberships start as low as $15 per game and come with a number of Members-only perks and benefits. Full Season, Half Season and Quarter Season Membership options are all available.  For more information on Amerks Season Tickets or to sign up today, visit www.amerks.com/memberships.