The Buffalo Sabres will once again host the Prospects Challenge from September 15 to 19 at LECOM Harborcenter.

*Update on August 4: tickets are on sale now!

For the first time in the history of the Prospects Challenge, the Sabres will be joined by five other teams to compete in a round-robin challenge featuring prospects from each team. The participating teams this season are the Boston Bruins, Montreal Canadiens, New Jersey Devils, Ottawa Senators and Pittsburgh Penguins. 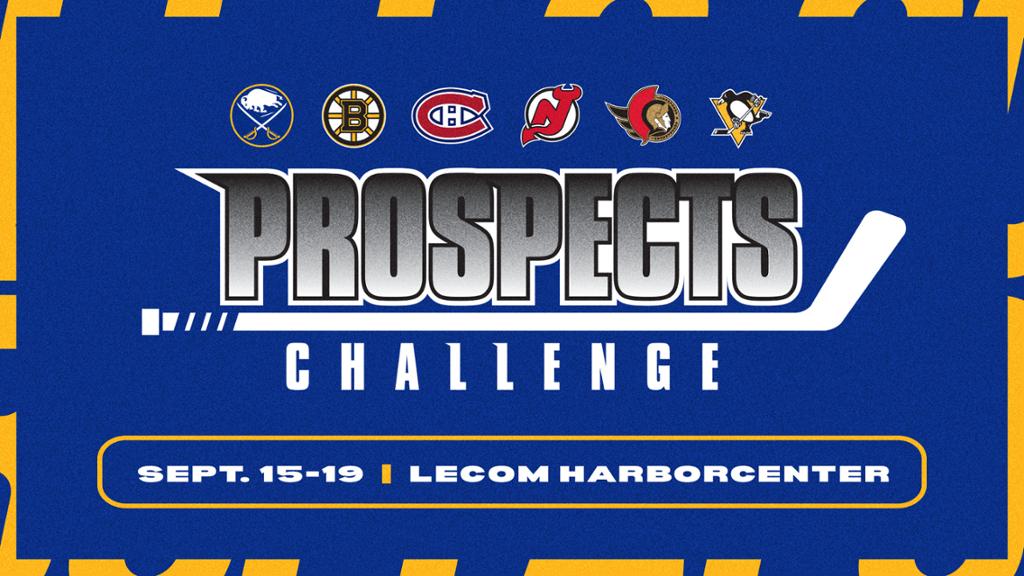 The 2022 Prospects Challenge will mark the seventh edition of the tournament, which began in 2015 with Buffalo, Boston and New Jersey.

The teams in this year's tournament have made a total of 14 first-round selections in the last two drafts. Montreal and New Jersey selected first and second overall, respectively, at the 2022 NHL Draft earlier this month.

Current Sabres players who have participated in the Prospects Challenge include Rasmus Dahlin, Casey Mittelstadt, Tage Thompson, Victor Olofsson, Henri Jokiharju, Jacob Bryson and Rasmus Asplund. This year's roster will be announced at a later date.

Tickets are on sale now and will cost $10 per ticket. Sabres season-ticket members will have their processing fees waived for any ticket they purchase for the event. All games will be played at LECOM Harborcenter.

All three Sabres games will be streamed live for fans within the local broadcast market on Sabres.com.

Here is the full game schedule for the 2022 Prospects Challenge: