SABRES AGREE TO TERMS WITH MURRAY ON ONE-YEAR DEAL

The Buffalo Sabres announced today that the team has agreed to terms one a one-year contract with forward Brett Murray for the 2022-23 season.

Murray, 23, split last season between Buffalo and Rochester. The Bolton, Ontario native tallied two goals and four assists for six points in a career-high 19 games with the Sabres while finishing the season with a personal-best 32 points (15+17) in 52 games with the Amerks.

Additionally, he recorded three goals and three assists six points while skating in all 10 postseason games. 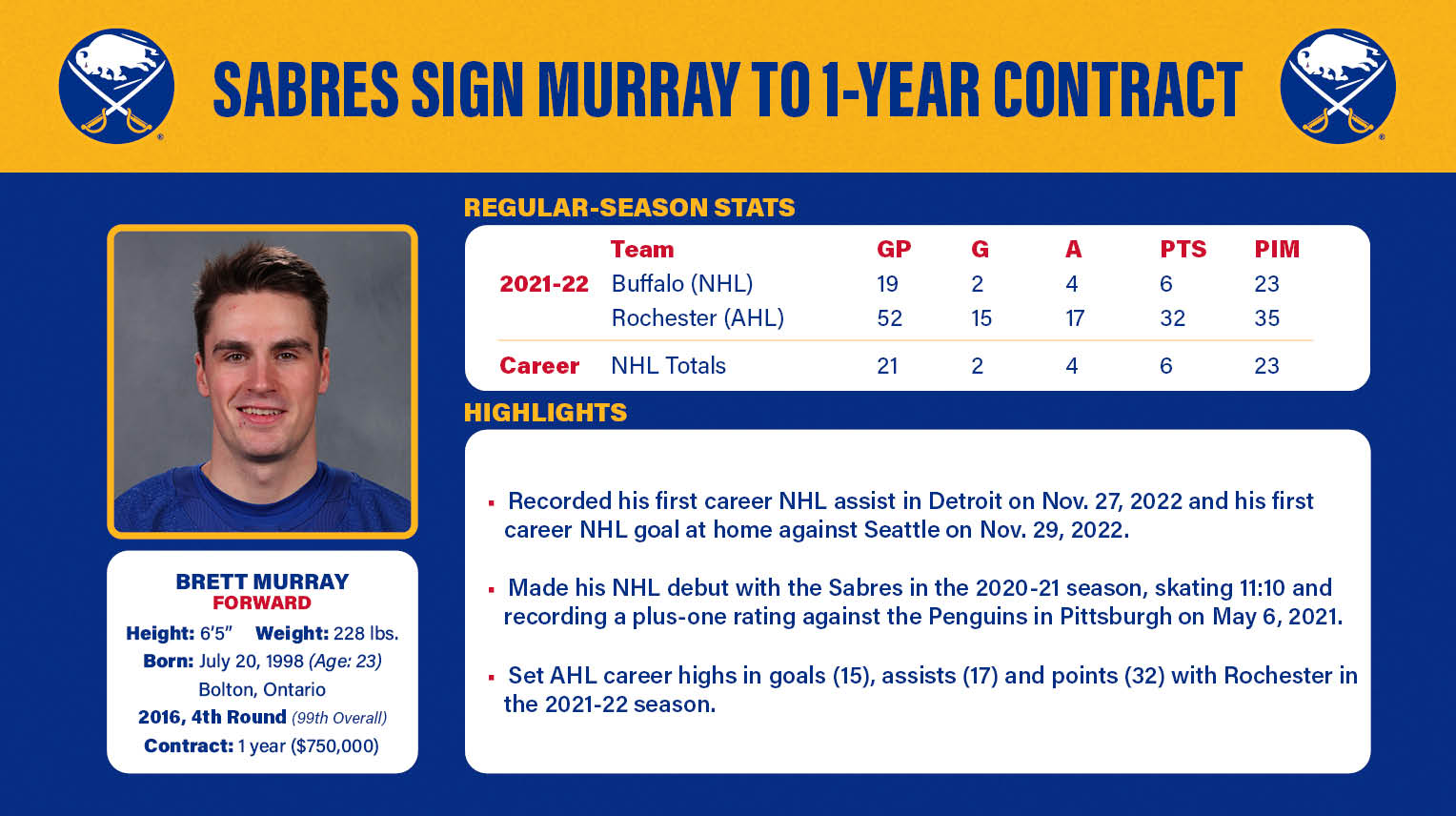 Murray, who was originally drafted in the fourth round (99th overall) in the 2016 NHL Draft by the Sabres, has appeared in 21 games with Buffalo, totaling six points (2+4), while also skating in 134 contests with Rochester, notching 76 points (33+43).