All Amerks auctions are hosted online via DASH — you can bid from anywhere!

For specialty jersey games, the game-issued jerseys will be up for auction the week of the game, and bidding will close at 10pm after the game. Jersey winners will have the option to get their game-issued jersey autographed by the player, and jerseys can be prepared for pick-up (at Blue Cross Arena during office hours or at upcoming Amerks games) or shipped. Shipping can also be purchased via DASH.

The Amerks will wear specialty jerseys for the following games:

OTHER AUCTIONS THIS SEASON:

The Amerks will be hosting three additional auctions throughout the 2022-23 season.

Surprise Promo Night Auction: we have *one more* promotion to announce, and there will be an auction leading up to that game in February.

Amerks Collectibles Auction: as part of our Fan Appreciation in April, we'll be running an auction filled with a bunch of collectible Amerks items. 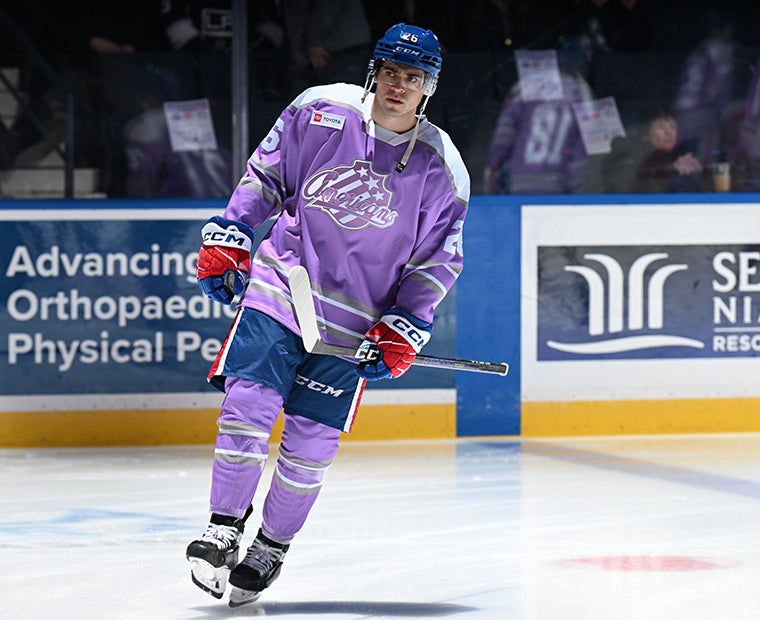 Our Hockey Fights Cancer jersey auction raised over $19,000 — wow! Thank you to our fans for the generosity and support. The proceeds from the auction will benefit Cancer Support Community at Gilda's Club, and we know they'll make a big impact.